I can finish off Boko Haram without govt support 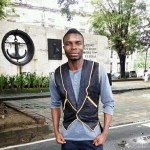 I can finish off Boko Haram without govt support – Sunday Igboho

Yoruba activist Igboho has declared he has what it takes to fight against Boko Haram without the government’s support.

According to Ogboho, “What he needed in  the fight against Boko Haram, he already have it.”

He said Igboho should be invited to help drive Boko Haram terrorists out of the Sambisa forest.

Sani argued Igboho could help end terrorism in the country, particularly in the North-East, if given a chance.

Sani said the activist should be invited to help flush out Boko Haram from dreaded Sambisa forest in Borno.

Sambisa forest is considered as one of the places Boko Haram group uses as base and keeps hostages.

Igboho has been in the news since he flushed out herdsmen in the Ibarapa area of Oyo State.

Blaming them for the cases of killing and kidnapping in the area.

He also visited a Community in Ogun State recently, to help drive out killer herdsmen.

In 2020 interview, Igboho was quoted as saying that Amotekun, cannot be effective with government control it outfit.

Igboho said, “These herders we are fighting against, they’re not after money, they only get orders from their leaders.

Yoruba freedom fighters should not be kept under Governors, these governors will turn the fight against insecurity to business.

They established Amotekun and put it under a governor, the same governor will request money from the federal authority.

“I don’t need it from a governor because a governor will try to make money from it”.

When OPC started, was it under any governor? Why is Amotekun meant to fight insecurity under the police?

Igboho also said, a time would come when people would rise to defend their lands.

however, people would definitely lose their lives in the fight while some would remain alive to enjoy the dividends.

House of Justice confers awards of excellence to students